The Yew Tunnel is thought to have been planted by the Dyer Family in the eighteenth century. This glorious fusion of thick tree trunks will live for centuries if looked after properly. Taxus baccata can be old or merely look old – and often defy dating. Experts had been fooled into thinking the half dozen or so that make up Aberglasney’s Yew Tunnel were over 1,000 years old. In 1999 dendrochronology put the trees at just a quarter of that age.

The Victorians in particular were fascinated by these strange trees and their magnificent shaping and many visitors to the house came to admire the Tunnel. It was maintained constantly throughout the 18th century and beyond, until the 1950’s that is, when it was then neglected for many years before being carefully restored to its former glory. 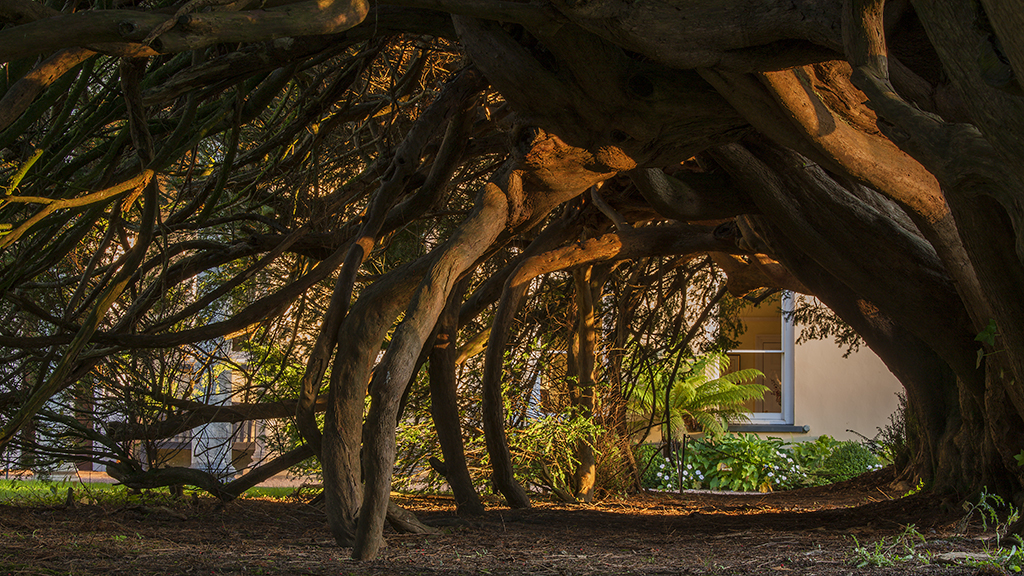