One of our newest projects has been the development of a Wisteria Arch which is truly a long term project. It would be no surprise if the Aberglasney gardeners were still pruning it in one hundred years time. A great deal of thought went into the design of the area and especially the choice of Wisteria. After much deliberation we decided to go for the most flamboyant type which is Wisteria floribunda ‘Macrobotrys’ which has arguably the longest racemes of flowers. These huge tassels of blue pea like flowers can get to over a meter in length. However it will be a few years before the plants make full maturity which is when flowering will be at its best.

The arch, which is more of a tunnel, is just short of thirty meters long and inspired by the famous Wisteria tunnels seen in Kawachi Fuji Garden in Japan. The under planting is a continuation of the Sunken Garden’s hot colour scheme. The idea being that the visitor will work through the cool blue colours and then be greeted by the vibrant oranges, reds and yellows of the Sunken Garden. The adjacent west facing wall is also planted with late flowering Clematis for a second burst of colour latter in the year. 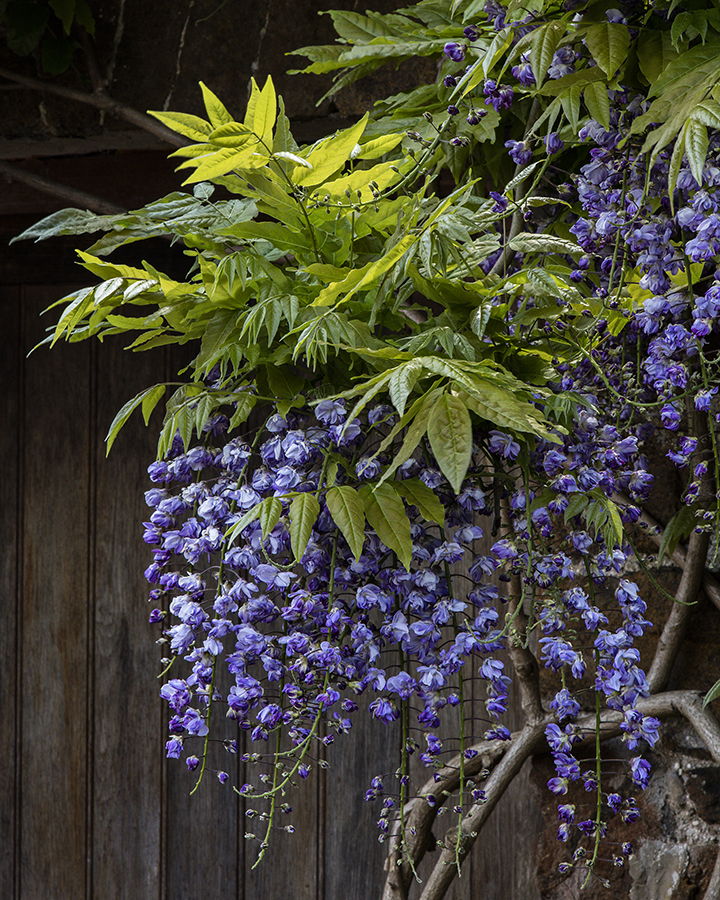