The Sunken Garden has a water feature created by William Pye, renowned for his imaginative water sculptures, at its centre and whilst its appearance was originally inspired by Japanese gardens that used subtle evergreen plants the planting scheme is now as colourful as anywhere at Aberglasney.

The inspiration for the ‘new look’ Sunken Garden was drawn primarily from the gardens of Crec’h ar Pape in Brittany and Great Dixter in the United Kingdom. While the evergreen structure remains true to the original vision, the new planting adds vibrancy and colour. Tulips in hot reds and oranges mixed with maroon leaved Euphorbia kick off the season; dark blue Camassia comes later as a contrast to the hot colours. The perennial colour scheme is also one of vibrant colours with plants such as Kniphofia and Agapanthus taking centre stage. 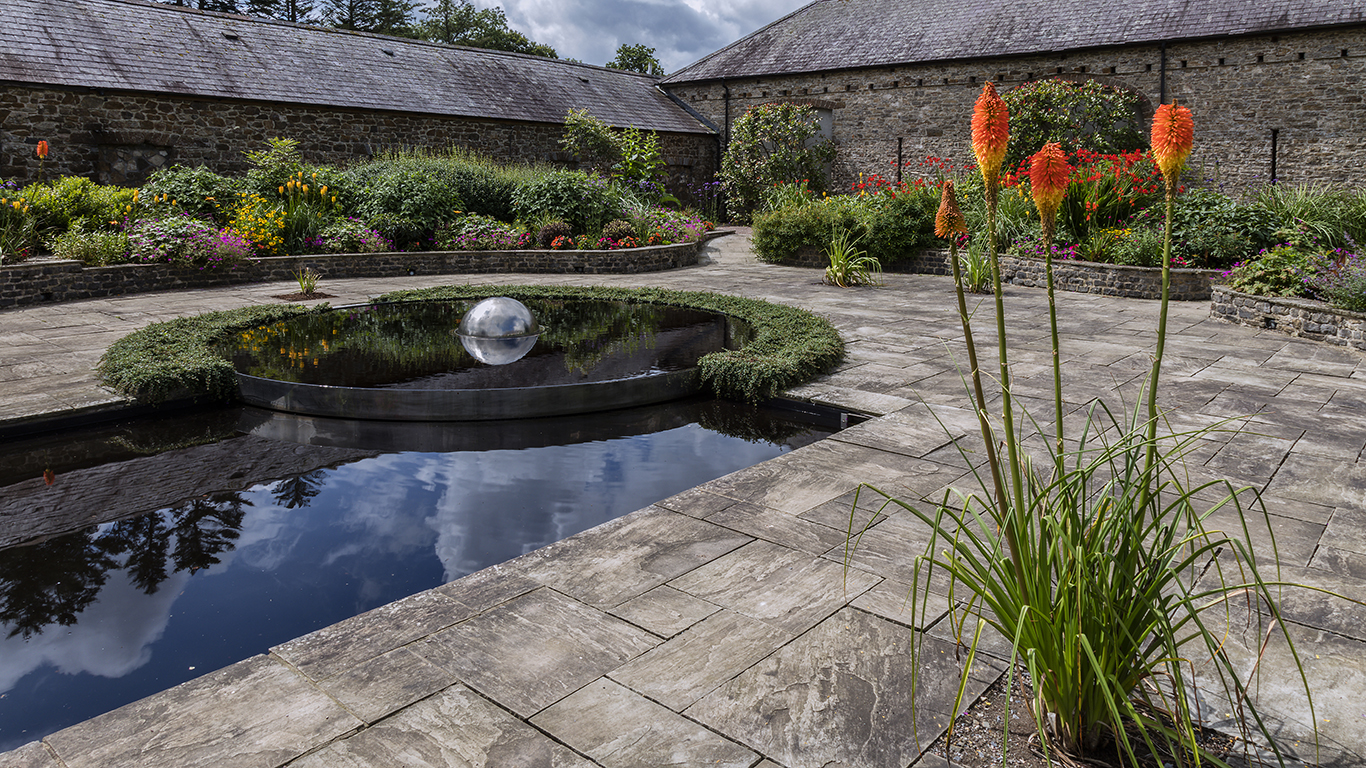