The Cloister Garden is widely considered to be Aberglasney’s “most extraordinary and legendary feature”. The garden is bounded by a three-sided arcaded walkway made of solid stone. This parapet walkway is the only known surviving structure of its kind left in the UK.

It is believed that the Cloister Garden originates from Bishop Rudd’s time at Aberglasney during the 1600s. Almost every instance of other formal raised terraces that we know were popular in this period have disappeared having succumbed to Civil War depredations or the eighteenth century landscape movement when formal enclosures were swept away to make room for a more open parkland setting.

Plants to look out for here are Fragrant Rosa gallica var officinalis which grow along the walls during mid-summer and the Orange trees planted in lead pots. Lonicera periclymenum ‘Honeysuckle’ blooms beside the flight of steps leading to the parapet walk. 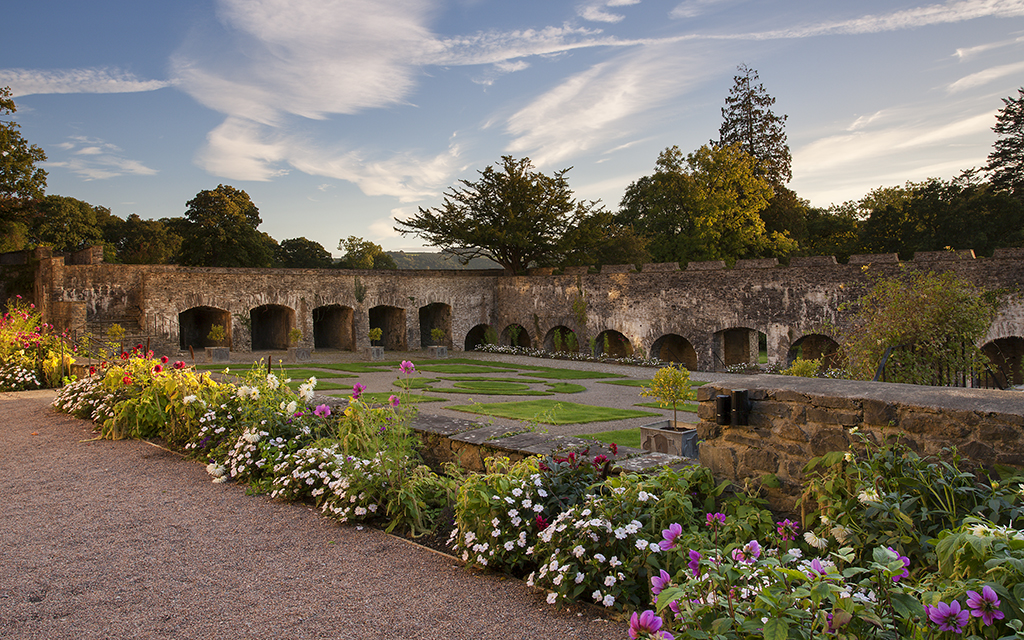