The Alpinum is found to the east of the Aviaries. There was originally a small pond in this area that dried up during the summer months. In 2007 it was transformed to accommodate diminutive or dwarf plants including Ilex crenata ‘Dwarf Pagoda’ Japanese holly, Taxus baccata ‘Green Column’ yew conifer, Rhododendron serpyllifolium ‘Thyme Azalea' shrub and Double flowered Colchicum.

The path through the Alpinum is made of limestone selected from a local quarry and is typical of the stone used in the locality for building. The stone contains a number of fossil invertebrates and so is of paleontological interest.

The term Alpinum is derived from the name of a similar garden feature created by Thomas Johnes at Hafod near Aberystwyth in the 18th century. 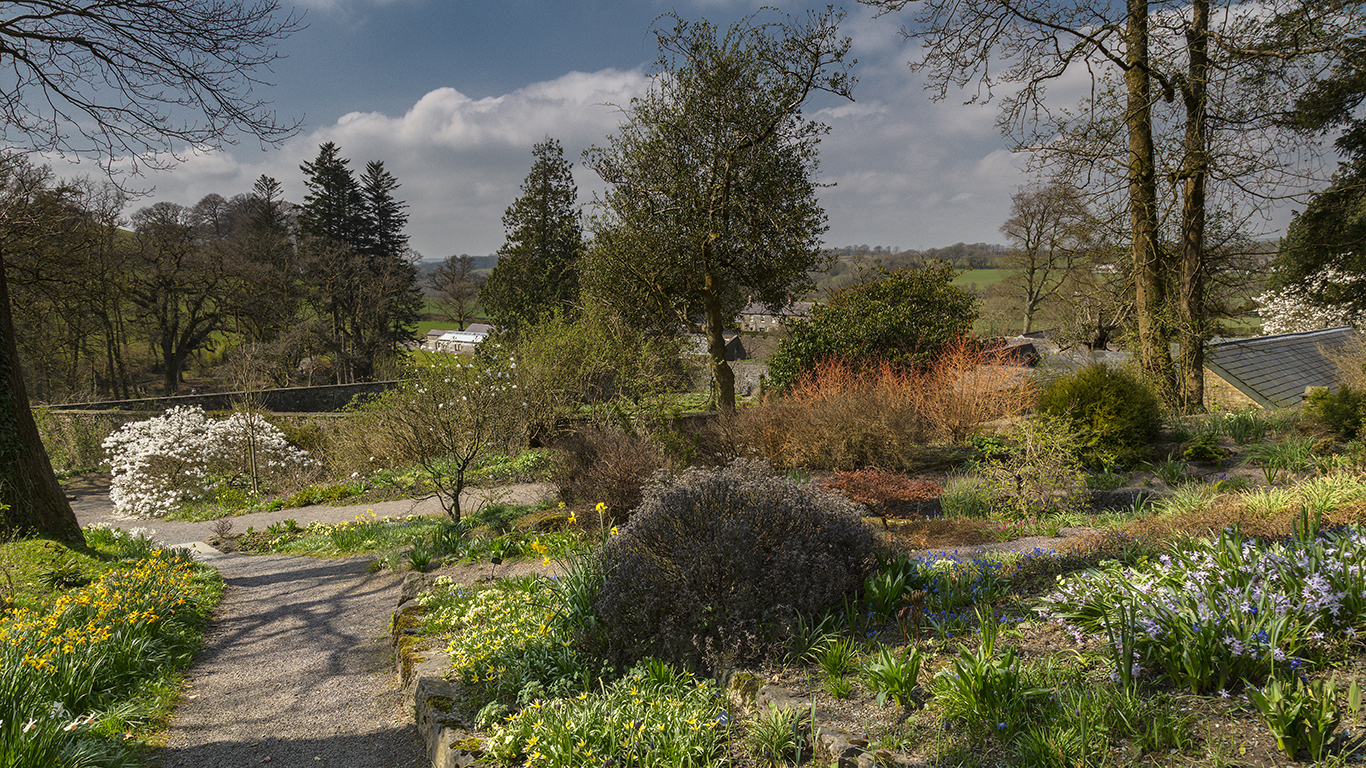