This week the garden really has moved from mid spring to late spring with the bulb displays being quickly replaced some of the most eye catching spring perennials and woody plants. Many of them are also doing better than ever. Again a huge thank you to Nigel McCall for the images. 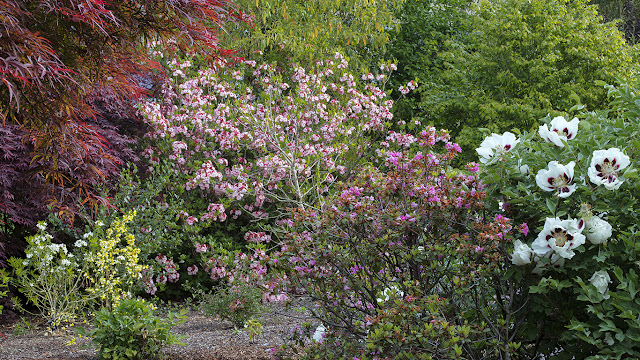 The Asiatic garden is coming to its best with a wonderful display of Rhododendron, Azalea and tree peony’s. One of the most interesting things we have noticed is that the tree peony of the left P. rockii has been in full flower for nearly a month which is un heard of as tree peony’s have famously fleeting flowers. 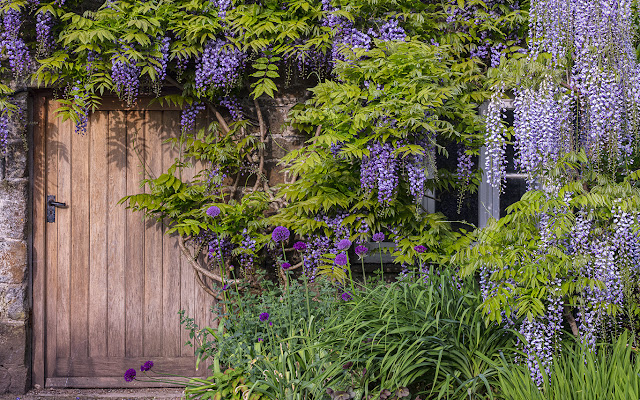 Over the last eight years or so we have added many new Wisteria which are always a labour of love as it takes years of careful pruning before they really start to put on a good display. Above are two examples of how this patience and hard work is rewarded. On the left is the quite rare and unusual Wisteria ‘Black Dragon’ which has double flowers and has been well pruned for at least ten years. On the right is Wisteria ‘Macrobotrys’ which was planted about five years ago. 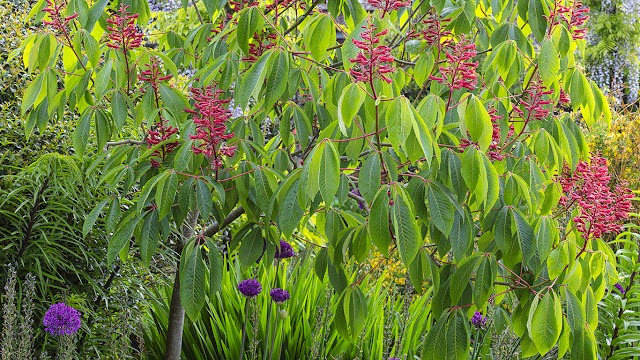 Another star from the sunken garden area is this rare American horsechestnut Aesculus pavia ‘Splendens’. After about six years it has started to bloom heavily and dominates the sunken garden with its exotic effect. There is some clever technique behind this plant as it has been grafted to stop it suckering which stops it a nuisance plant. Grafting also allows it to form a proper crowned tree shape rather than a thicket. 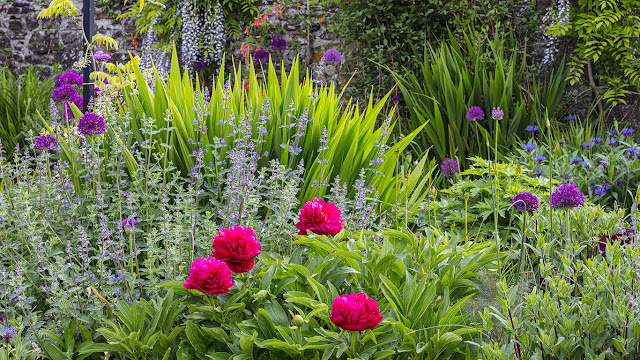 Two years ago we move a great number of Peony form the top of the garden to the upper walled garden where they will get much more sun. the effects have been remarkable as they are all flowering really well now. 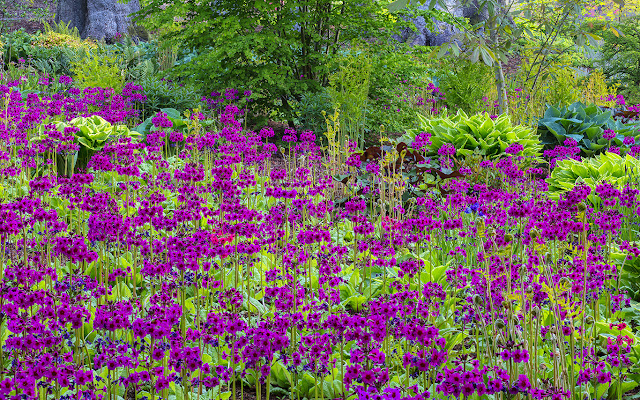 Last year the garden team lifted and moved thousands of Primula seedlings and planted them in huge drifts through Jubilee wood and they are now providing one of the most spectacular shows in the garden. 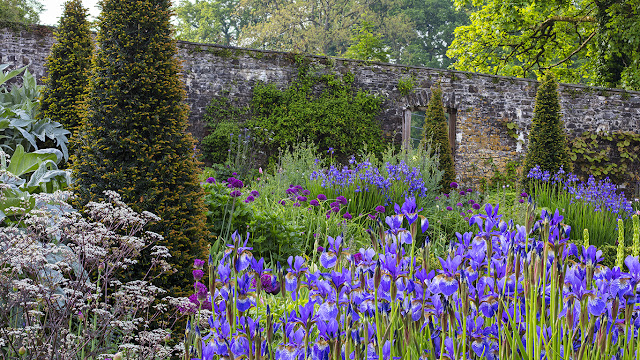 The upper walled garden has seamlessly moved from a display of Tulips and Camassia into this cooler colour scheme of Allium, Anthriscus ‘Ravenswing’ and Iris sibirica hybrids. 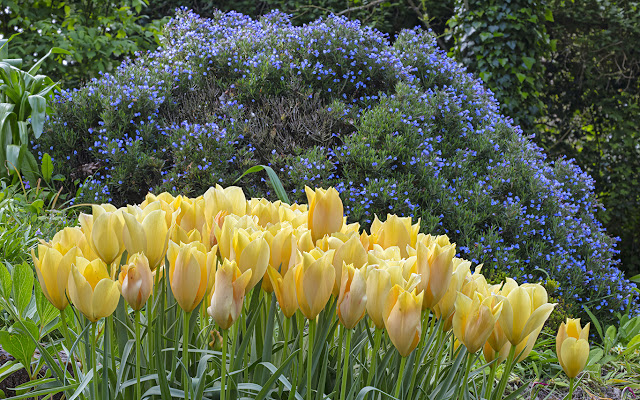 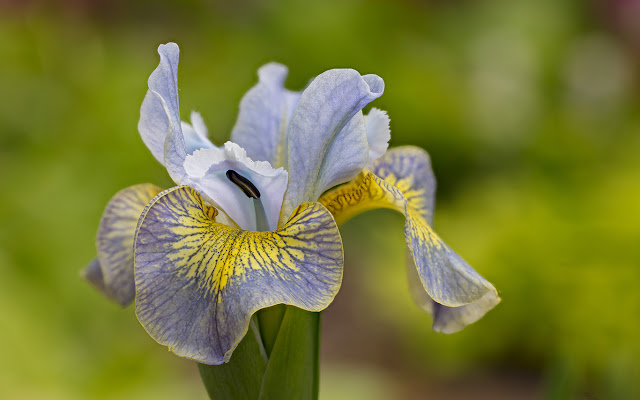 A new introduction to the garden is this delightful dwarf Siberian Iris ‘Peacock Butterfly Uncorked’ its one of the most delicate ones we grow. 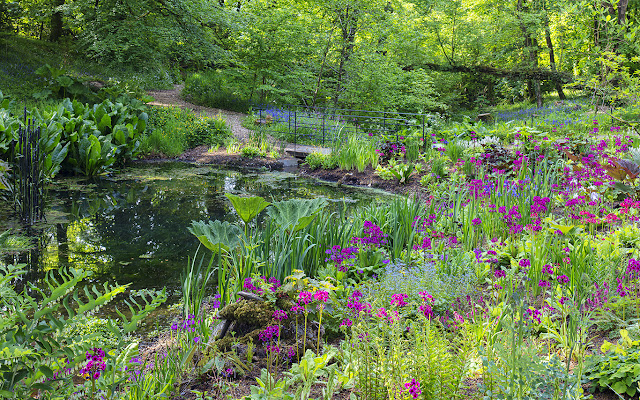 The new borders around pigeon wood pool are establishing in their second year and really filling out we are extremely pleased with how they have turned out.